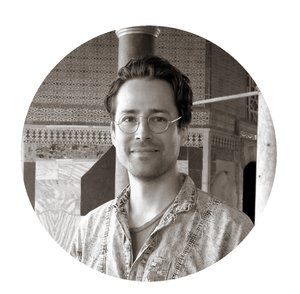 Martin Ernstsen has a bachelor degree in illustration from the UK, and a master degree in Storytelling from Konstfack University in Stockholm, Sweden.
He made his debut in 2007, and has since then produced several comic albums and books, amongst them the thriller Fugløya in 2009 and the panoramic animal fable Kodok’s Run, published in 2011.
Some of his books have been translated to other languages such as Swedish, Polish, Finnish and Danish, and his book Eremitt won an award for the years most beautiful comic book in Norway in 2012.
Along with his own comic publications he has also contributed to several comics anthologies internationally, and he has self-published a number of comics fanzines. He is also working as a children's book author and illustrator.

He won the prestigous Brage award in 2019 for his adaptation of Knut Hamsun's novel Hunger.